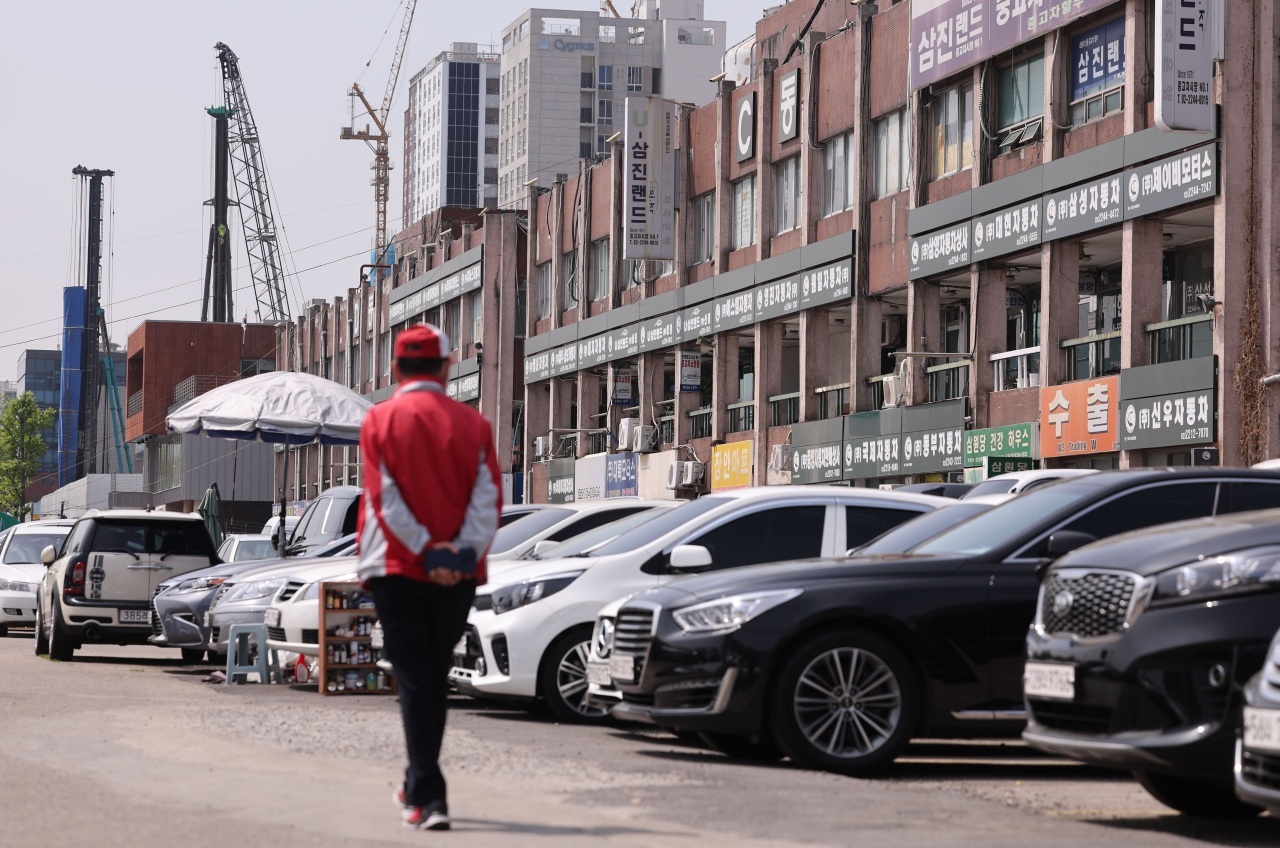 The South Korean used-car market, which has long been dominated by brick-and-mortar dealerships, is gearing up for a major shift after large companies, especially automakers with extensive sales networks and traffic control systems quality, have been given the green light to enter the market from next year.

Industry watchers are pinning high hopes on the arrival of big new companies – the result of a 10-year tug of war – to dramatically improve the transparency of the entire transaction process to better protect customers. .

Despite selling 2.8 million units annually, the market has long remained a “lemon market,” where shady deals run rampant due to an extreme information gap between sellers and buyers.

To dispel uncertainty about quality, Hyundai Motor, the country’s largest automaker, plans to launch a portal site to share key vehicle information – including accident and recall records – while offering screening services to weed out fake offers.

The automaker said the entire process of buying and selling vehicles will take place under a seamless system, with accumulated data helping to further improve customer services.

“Compared to overseas markets where the used car market is 2.6 times larger than the new car market, Korea’s used car market has long remained sluggish, largely due to the absence of a credible system,” said Lee Ho-geun, Automotive Engineering. professor at Daeduk University in Daejeon.

“A more transparent vehicle information system will go a long way in increasing the size of the market.”

Others also said the overall quality of used cars here would improve, based on the automaker’s implementation of a vehicle certification system and car evaluation criteria.

Hyundai Motor said all cars to be sold will go through some 200 performance tests and maintenance services provided by the automaker and will receive the “Certified Pre-Owned” mark.

Currently, small and midsize dealerships rate the performance and condition of used cars according to their own standards, without using simplified guidelines or an industry-wide specification standard.

Hyundai said it will also offer high-resolution photos to help customers evaluate the car they want to buy. The automaker plans to offer a virtual test drive so potential buyers can hear the sound of the engine. At unmanned delivery locations, which will be rolled out across the country, customers can simply test drive the vehicle and purchase it instantly via an app.

“When a company performs a quality test based on some 200 criteria, even minor defects will be uncovered, alleviating the widespread perception that used cars are of poor quality,” an industry insider said. .

Kia also plans to launch a subscription used car service, giving customers a first-hand experience through test drives for up to a month.

With major automakers testing different ways of selling online and offering experience programs to attract users, customer satisfaction is expected to be boosted, which will also benefit small and medium-sized used-car dealerships.

An official from a local automaker also said the companies would offer cooperative measures for existing used-car dealerships in terms of educational programs or seminars on future mobility technologies or customer satisfaction, in the purpose of coexisting in the market.

Hyundai Motor said it will also hand over all its used cars that do not fall under its certified brand category.

Last week, a deliberation committee under the Ministry of SMEs and Startups decided to recommend automakers like Hyundai and Kia to launch their used car business from May 2023. But they will be allowed to test sales from January. with a limit of 5,000 vehicles for four months.

These limits will apply for three years until 2025, and any violation will result in fines for the automaker worth 150 million won ($125,244) or a two-year jail term.

Hyundai Motor Group, which owns the two major Korean car brands Hyundai and Kia, issued a statement saying that the government’s conditional approval for entering the used car market is “a bit disappointing”, but that she would follow the recommendation.

In March, Hyundai already officially announced its entry into the local used car market, selling only high-quality certified used cars that have been driven less than 100,000 kilometers and held for less than five years for satisfaction. client.

The announcement came after the Deliberation Commission of the Ministry of SMEs and Startups decided not to designate the sale of used vehicles as one of the “subsistence businesses” which must be reserved for small businesses and entrepreneurs. startups. The used car business was first included in 2013 in the category from which large companies are prohibited.